Airline travelers will have to get used to wearing face masks on flights for at least another two years, a senior leader from Emirates airline has announced.

“Covid is here to stay and it won’t improve until it’s regarded as endemic rather than a pandemic,” he said
“It used to be the fact that the flu was regarded as a threatening disease until it became part and reality of life.

“It’s going to take some time before Covid-19 approaches that stage.”

When addressing the global voyage, Mr. Abidin cautioned that people should not assume to go mask-free anytime soon.

WASHINGTON, D.C. –The Department of the Interior restored protections for birds under the 1918 Migratory Bird Treaty Act, reversing a controversial policy from the Trump administration. With today’s action, the Biden administration will enhance enforcement of provisions that compel industry actors and others to take precautions to prevent bird deaths and issue legal penalties for bird deaths caused by actions like oil drilling.

The policy change comes on the same day the federal government declared 23 species, including the ivory-billed woodpecker, to be officially extinct.

In response to the announcement, Kirin Kennedy, Director, People and Nature Policy at Sierra Club, released the following statement:

“This move by the Biden administration rights a wrong, but today’s sobering news on extinction makes it clear that we must do more to protect at-risk species. 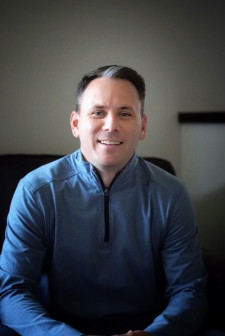 PHOENIX, September 29, 2021 (Newswire.com) – Envoy America, a comprehensive program that offers transportation plus assistance and companionship services for seniors, the infirm, and the disabled, announced that Josh Berg has joined its leadership team as Director of Operations, to lead the Lifespark Go! powered by Envoy America partnership. Berg brings a breadth of experience in the healthcare, government, public service, education, and senior markets building organizations, delivering second-mile service and growing market share.

“The addition of a Director of Operations for our Minnesota market to lead the ‘Lifespark Go! powered by Envoy America’ partnership at this stage in our company’s journey is indicative of how fast we have grown, and I am energized by the opportunities that lie ahead for us to innovate, forge partnerships with our Companion Drivers and make inroads into the Minnesota market,” said K. C. Kanaan, Envoy America CEO. “Berg has the leadership skills, functional expertise, and proven experience with high-growth companies, as well as a shared passion for applying innovative thinking to the challenges facing our aging population and the infirm. Envoy America Companion Drivers and clients will benefit greatly from his expertise and willingness to think differently about service and transportation as one of the top concerns for aging Americans especially during these uncertain times.”

Instead of the standard pick up and drop off service of other transportation companies, Envoy America offers a door-to-door service where Companion Drivers not only drive but also provide companionship and assistance at all points along the journey from pushing a grocery cart, to running errands and taking clients to and from appointments. Companion Drivers remain with clients until they are back home. All Companion Drivers undergo specialized training to understand the geriatric needs of their clients.

“Lifespark GO! launched right before the pandemic and proved invaluable for clients who needed to get to life-sustaining treatments safely when family and friends weren’t able to help. I am excited to further grow Lifespark Go! within our Lifespark Senior Living communities and our partner networks to address a critical need seniors face with transportation gaps. As a Minneapolis native, and a professional who has been working in the healthcare/senior markets for a long time, I was able to see firsthand the travel challenges and limitations senior citizens experience as they age. There is a tremendous need for maintaining independence and Lifespark Go! is able to satisfy transportation needs by way of our compassionate and trained Companion Drivers who see serving seniors as a calling rather than just a job,” said Berg.

Berg will lead all aspects of operations, growth, and strategy within the Minnesota market, leveraging his continued work within Lifespark’s partner management team, his active participation across industry associations such as LeadingAge Minnesota, Care Providers of Minnesota, and The Medical Alley, etc., and the relationships he and the Lifespark team have forged over the years. He will help build and reinforce the Minnesota team through the recruiting, hiring, and onboarding of Companion Drivers and other support/lead positions, establish and implement Envoy America’s best practices, and establish new partnerships across the continuum of senior service providers in the Minnesota market. 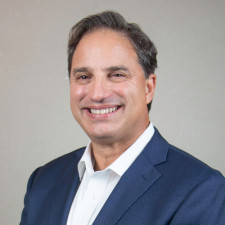 HOUSTON, September 30, 2021 (Newswire.com) – Greg Salario, the founder who managed US Med-Equip’s expansion over the last 18 years as the leading provider of medical equipment helping hospitals in the United States save lives, is the healthcare company’s next chief executive officer.

Salario, US Med-Equip’s chief development officer, was appointed CEO as co-founder Gurmit Singh Bhatia retires from the role and transitions to the chairman of the company’s Board of Directors. Salario has more than three decades of experience in the healthcare industry.

US Med-Equip (USME)—featured on Inc. magazine’s Inc. 5000 list as one of the nation’s fastest-growing private companies nine times under Bhatia’s successful tenure—specializes in the rental, sales, service, and asset management of movable medical equipment, such as infusion pumps, patient monitors, ventilators, baby incubators, and other diagnostic and clinical devices.

In a time of prolonged, unprecedented strain on medical staff and hospital budgets, USME’s movable medical equipment and industry-leading technology significantly reduce hospitals’ operating costs and gives valuable time back to medical staff so they can focus on caring for patients rather than where equipment is and whether it’s ready to use.

From major medical centers to underserved rural hospitals, US Med-Equip supports thousands of healthcare facilities from more than 40 locations across the country with more on the way.

“Greg will continue this momentum and lead the company’s expansion to meet the growing demand by investing in the highest quality equipment and best technology and services to support it,” Bhatia said.

Tim Heck, former vice president of strategic alliances with 15 years at the company, is its new chief development officer directly responsible for overseeing USME’s relationships with more than 5,000 hospital partners. Rabindra Shrestha, who has been with USME for more than 11 years, is now the vice president of the supply chain, managing the company’s relationships with medical device manufacturers. Shrestha most recently served as director of purchasing, overseeing more than $100 million in medical equipment purchases just in the past 18 months. And Cynthia Johnson, who has managed the human resources process through unprecedented growth to nearly 400 employees, now will serve as vice president of human capital after eight years at the company.

“As USME continues its growth and expansion, we will keep doing whatever it takes to meet the evolving needs of our hospital partners and the patients in their care,” Salario said.

John Heard Jr., John Boy, was insubordinate, was lyrical, was ridiculously unselfish, and he was charismatic as hell. He was so authentic, so straightforward, so odd, so sensual, and so bold.

He died 4 years ago.

But nothing was more potent than Heard’s review in life. He breathed in hard, electric, and fearlessly. He was wild and passionate. He was as faithful, loyal, honest, dedicated, loyal, genuine, dependable, trustworthy, and generous as they come. He was a friend and a dear neighbor and a legend in his time.